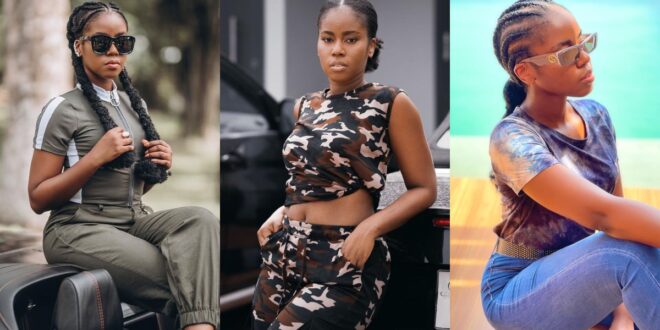 Vera Hamenoo – kpeda, better known by her stage name Mzvee, is a Ghanaian singer who performs in the genres of afro pop, dancehall, and r&b.

Mzvee has released a new video on YouTube called (you alone). She had previously made a social media post telling Ghanaians about her new music, which she had recently released.  the beautiful photos she posted sparked lovely reactions from all of her fans

Take a look at the photos she posted and how Ghanaians responded to them.