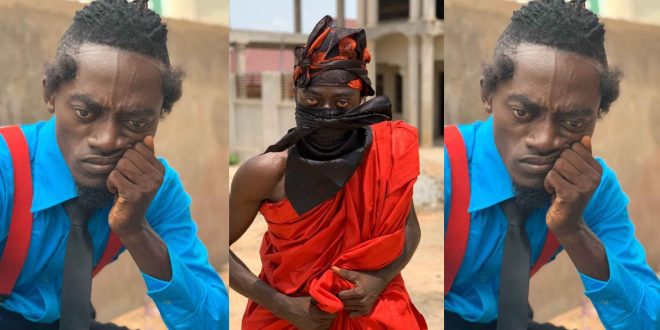 Kumawood actor Kwadwo Nklansah aka Lilwin has declared that there will never be an actor who will be popular and entertaining as he became upon his appearance in the movie industry.

According to the actor, the God he serves will fight for him and no one can defeat him taking into consideration the arrogance, hatred, and backbiting lifestyle of actors and actresses trying to mimic him in the Kumawood industry.

The comic actor, therefore, admonished upcoming actors and actresses to dump their arrogance, and stay humble if anyone desires to climb to the top else, he’ll continue to reign in the movie industry until his last breath.

It is quite obvious that ever since Lilwin showed up in the movie industry of Ghana, he has forever been the people’s favorite. He won “Favorite Actor” at the sixth edition of the annual Ghana Movie Awards (GMAs)in 2015. He was also honored by the United Nations for his campaigns against illegal immigration in West Africa.

Owing to these, he hopes he becomes a legend and set a legacy that will keep ringing in the heads of Ghanaians for centuries to come.