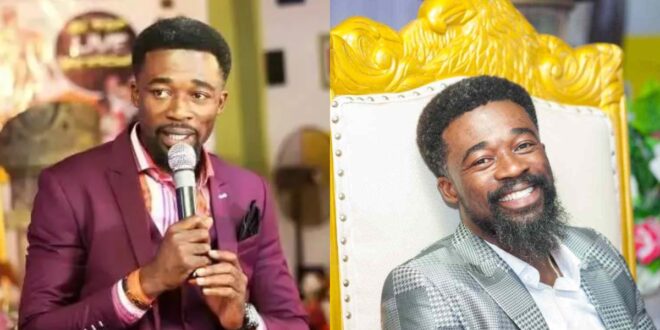 “There will be a heavy earthquake in Ghana”- eagle Prophet (video)

Reindolph Oduro Gyebi, also identified as Eagle Prophet, a well-known Ghanaian preacher, has predicted that Ghana will be struck by a devastating earthquake.

Eagle Prophet revealed the earthquake was confirmed to him by God in a lengthy one-on-one interview with Rashad on Ghpage TV.

He said that the upcoming powerful earthquake that would strike the country will have a significant impact on the security field. The wives and children of military men, according to the famous man of God, are in extreme danger.

“The earthquake will greatly affect the military sector. Their wives and children, their houses will collapse…” Eagle Prophet told the host.

The famous man of God believes that the imminent catastrophe will happen anyway, but that it will happen in the afternoon rather than at night.

He cited some explanations that, if a large earthquake strikes in the evening, more lives would be lost than in the afternoon.