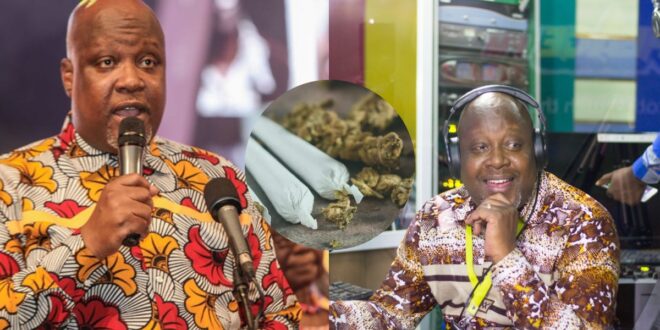 Ace journalist, Kwame Sefa Kayi, has contributed his support to demands for marijuana legalization in Ghana.

The nation is missing out on the advantages of weed because it is not legalized, according to the 2016 Ghana Journalism Association (GJA) journalist of the year.

He believes that marijuana is beneficial for medical and scientific reasons, and that when properly used, it can be a powerful tool for socioeconomic growth.

“I am an advocate for it [marijuana]. So that’s my bias; I am for it. We have what they call social and recreational, that is one leg. I am not for that. There’s a research and medicinal. I am for that,” he said on Peace FM Thursday.

ALSO READ  Did Fella Makafui Lose her Pregnancy? emerges in a new video with a Flat Tummy (watch)

“Unfortunately, in our growing up and everything; it’s been social and recreational we’ve looked at. So, we’re programmed to see it as a bad thing but the research and medicinal is a completely different era,” he added.

Marijuana or weed, also known as wee or devil’s gum, is illegal in Ghana, and anybody found with it faces legal consequences.