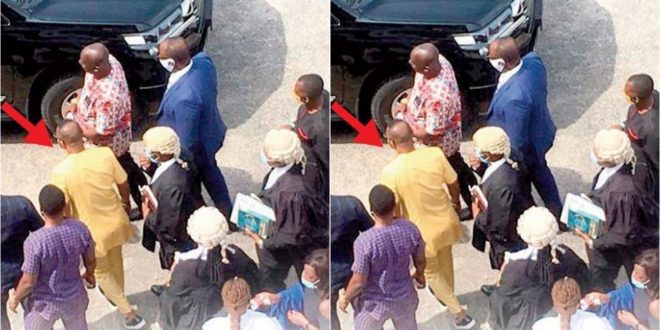 The founder of IGWC, Bishop Obinim was embarrassed yesterday at the court when he presented 7 lawyers to defend him of the charges that were leveled at him during his arrest.

The wait finally came for the man of God to face the court after he was arrested and charged with forgery of documents.

Heading to the court yesterday, Bishop Obinim went along with 7 different lawyers all to defend him in his case but all were sack by the judge except one. We don’t actually know why the court sacked the lawyers since there is no rule that sticks you to a number of lawyers.

His was adjourned to June 20th and we hope by then he would have done his corrections and won’t come back with 7 lawyers again.