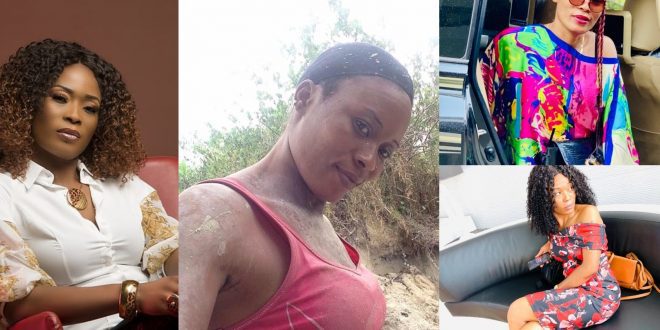 The wife of singer Keche Andrew, Joana Gyan who clamed to earn about $700 million as profit in just a year has disclosed the problem of Ghanaian women.

according to Joana Gyan, the main problem of Ghanaian women is laziness.

the CEO of Golden Empire Legacy Limited stated that most Ghanaian women depends on their man for everything on this earth including money to fix their hair.

according to Keche’s wife, since most Ghanaian women are lasy they always questions why and how a young woman like her have lots of money.

during an interview with Delay, Joana Gyan said;

“The truth of the matter is that Ghanaian women are lazy and even if they need hair for their head, it is their husbands who have to buy for them. They’ve haven’t seen an average Ghanaian girl like 35 years or at their age making such inroads”.