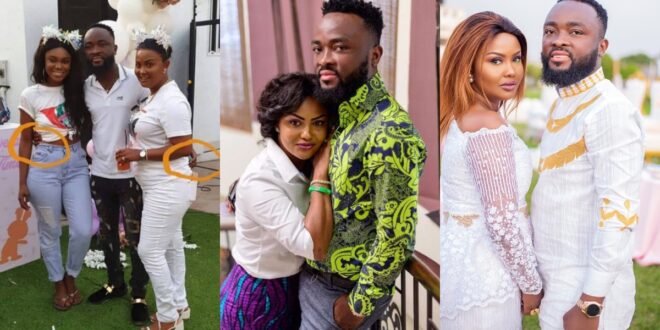 According to Mona Gucci, Nana Amja McBrown’s best mate, Nyonyo, was impregnated by Maxwell, the husband of Nana Ama McBrown.

Maxwell is also a womanizer, according to Cutie, but he is not liable, as Mona Gucci speculates, for Nyonyo’s birth.

He added that the only lady that was impregnated by Maxwell was one that he had known before getting pregnant with Nana Ama McBrown.