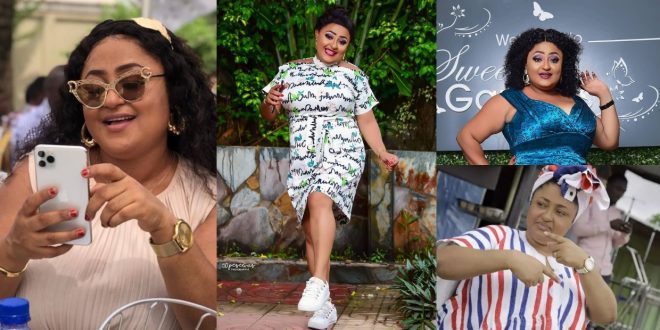 kumawood actress Matilda Asare has called on all the stakeholders in the Ghana movie industry to put aside all forms of politics that are attached to their work.

Matilda who is a strong supporter of the NPP, revealed that some actors and producers take it personal if you are not affiliated with his / her political party and might even deny you roles.

According to her, actors and actresses are Ghanaians so they have a particular political party they support.

she said the politics should end when they come together to work if not that, the movie industry will still be in the dirt as it is now.

watch her interview with zionfelix below.