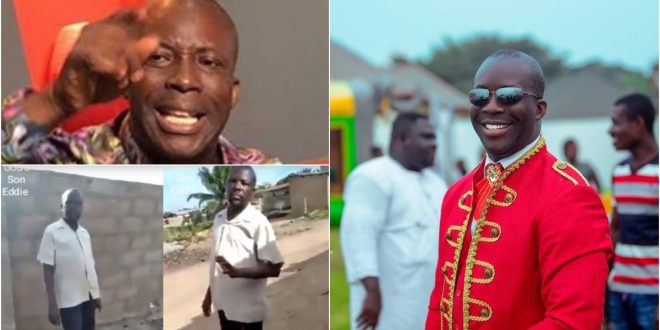 Kumchacha has angrily fired at the person(yet unknown) who videoed Apreku My Daughter while he was drunk and in a distressed state causing him to go viral.

Apreku My daughter’s sudden death happened Yesterday in the morning when his children came to visit him but rather found him dead on his bed.

According to Kumchacha in an interview with Kofi TV, the person who filmed Apreku is very wicked and should bear the blame for the death of his close friend Apreku. He asked if the person would have done that if it was to be his father in that state.

He went forth invoking cures on anyone who did that as he compares it to what happened in the bible when Ham saw his father’s Nakedness and made a mockery of it.