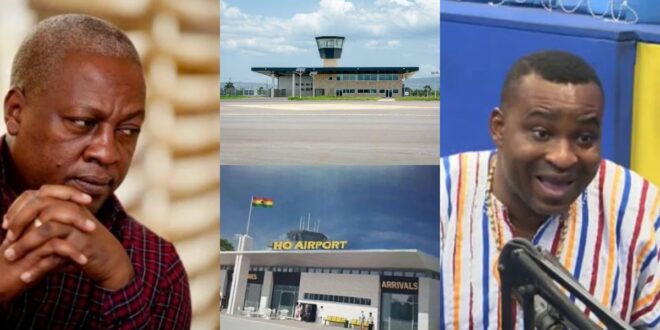 Former president John Dramani Mahama has been accused by Chairman Wontumi of pocketing a large amount of money intended for the Ho Airport, rendering it seem as though it were a single room self-contained facility.

According to Wontumi, a total of $25 million was spent on the airport’s completion.

Meanwhile, after the NPP took control, someone estimated the cost to be $4 million.

Chairman Wontumi made the announcement on his television channel, ‘Wontumi TV,’ in an attempt to put pressure on John Dramani Mahama to pay for the remaining funds.