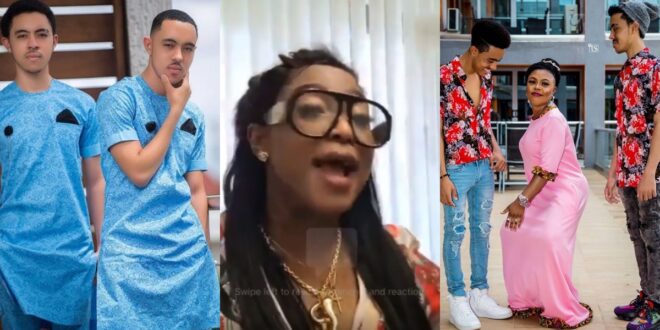 On Vivian Jill, Afia Schwarzenegger descended on allegations that Vivian paid people to insult her. She blasted Vivian, exposing some of the actress’ dark secrets, including the baby daddy of her last son.

Maame Ng3g3 claims that Maame Agradaa and not Vivian actually orchestrated by the trolls and insults that Afia claims Vivian is the brain behind.

Maame Ng3g3 revealed that Afia’s twin baby daddy died in Lebabon, jumping to Vivian’s defense, so it would be wise to go for his bones and bury them. She made this disclosure through an online video she saw.