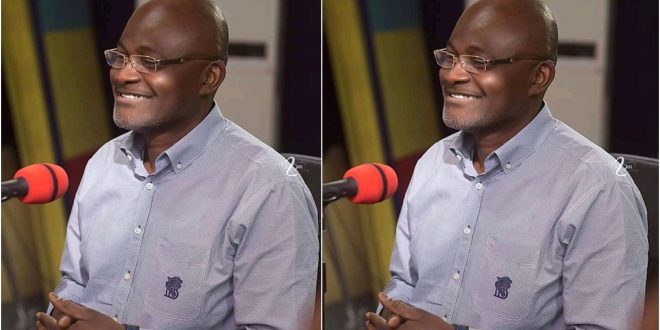 The criminal Investigation Department of the Ghana Police service has revealed its intentions to take into consideration the allegations leveled on some pastors in Ghana by the Mevrick M.P Kennedy Agyapong.

According to DSP Juliana Obeng who happens to be the Public Relations Officer, they are working things out to give the honorable M.P tight protection as the activity he has taken upon himself is very dangerous and leaving him prone to being killed.

She however failed to reveal the date for the beginning of the investigation and how it will go about.

Security expert, Mr. Adam Bona revealed that the security agencies should have made available protection for Kennedy Agyapong after he claimed that assassins have been hired to take his life.

Kennedy Agyapong took onto himself to expose the activities of the fake men of God who have been dupping the gullible Ghanaians during the early month of this year.

He started with his first expose’ on The founder of International God’s Way Church, Bishop Obinim and he brought out disgusting revelations about him that at some point got him arrested.

he recently turned on Nigel Gaisie, the founder of Prophetic hills chapel not long ago of which he has also made revelations about, all backing them with evidence. following his allegations on Nigel, he revealed that the man of God tried to kill him.

He has therefore vowed to make sure men like Nigel are brought to light.