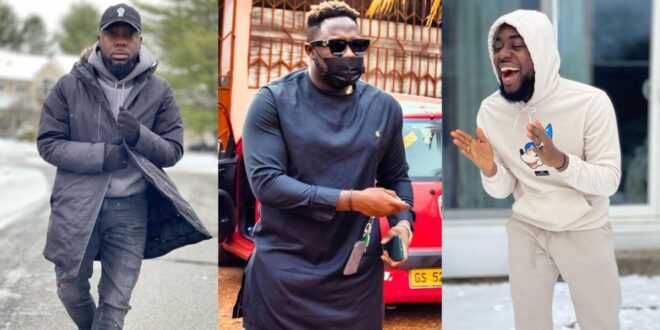 “Teephlow is just Jealous because i am successful than him”- Medikal

Medikal announced that Teephlow envies the milestones in the music business that he (Medikal) has accomplished over the past few years.

Centered on how Teephlow came to him on Twitter a few days ago and also, referring to him (Medikal) as a lazy rapper who does not make his money from music, he made this comment.

speaking to Rev Erskine on Y 107.9 FM’s He said, “I was disappointed when he came to me like that and said all that,  I had a really healthy relationship with Teephlow and we had no conflicts before that, so I did not understand his behavior”

Medikal claims that Teephlow’s acts are triggered by the reality that he receives more than him and more people stream and listen to his songs than him, that why he is voicing his dissatisfaction.

“I think Teeplow is painful, jealous, and envious of me,” Medikal said, “and that is the only thing I can say.”

WATCH THE VIDEO BELOW: