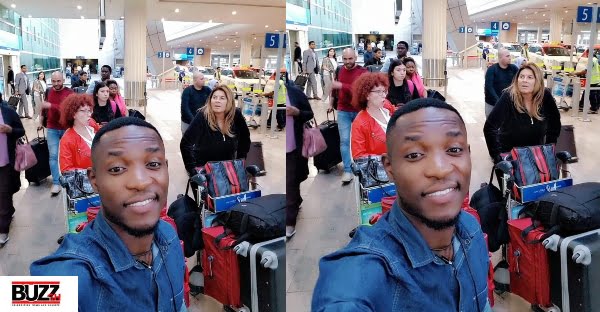 Teacher Kwadwo Leaves Ghana After His GES Sacked Him

Teacher Kwadwo, a Ghanaian comic creator and teacher, has left the country for good.

The popular teacher chose to depart Ghana just days after being fired by the Ghana Education Service.

Taking to Twitter, he posted a photo of himself at the airport with the caption “yeyi wo baabi a,kɔ baabi.

The caption translates to English as When you’re fired from one place, relocate to another, according to the description.

Ghana Education authorities fired him for what they said “gross insubordination.”

This follows his FixGES campaign, in which he exposed the flaws in Ghanaian education, particularly in the rural area where he teaches.