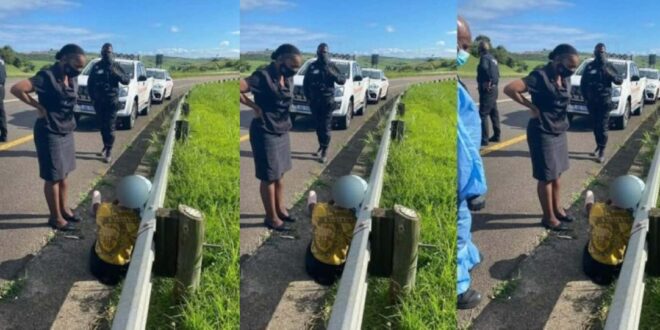 On Monday, an HIV-positive female passenger was reportedly raped at gunpoint by a taxi driver and a conductor in KwaZulu-Natal, South Africa.

On Monday, the 25-year-old woman told security officers from Reaction Unit SA (Rusa) that she wanted to inform the rapists of her situation but was scared they would shoot her because of her health.

Prem Balram, a spokesperson for Rusa, said they were contacted by a passing motorist after the victim stopped the driver on the N2 northbound near Sibaya Casino.

“Medics and response officers were deployed to the scene. They saw the hysterical woman in the ambulance lane when they arrived. He said she told a female reaction officer that she runs a stall in Durban.

ALSO READ  Checkout how pretty strongman's wife and kid slayed in these photos.

Balram confirmed that the woman had taken a cab to see her boyfriend prior to the assault.

“As they were leaving Durban, she asked the two why the minibus had no other passengers.”

“She was taken to a cane field, where both men raped her at gunpoint. He said, “They then pulled away and left her in the area.”