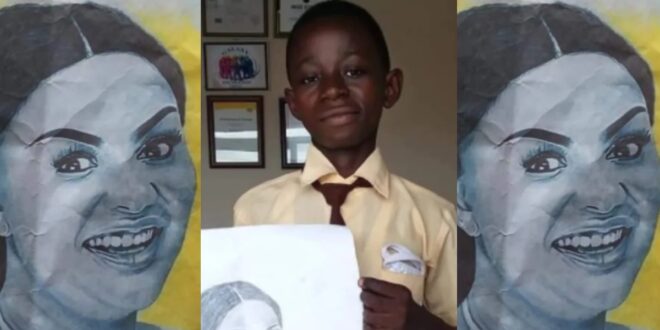 Nana Ama McBrown, a well-known Ghanaian actress and television (TV) host, has inspired the young student to create a breathtaking look-alike drawing of her.

On social media, adorable images of the youngster showing his impressive works from beginning to end have been posted.

Evans Sekyi was captured confidently posing with the award-winning actress’s painting for the camera.

His outstanding work was first shared publicly by NsromaMedia, and has since been shared in a number of prominent Facebook public groups, eliciting a flood of responses and comments.

check out the image below;