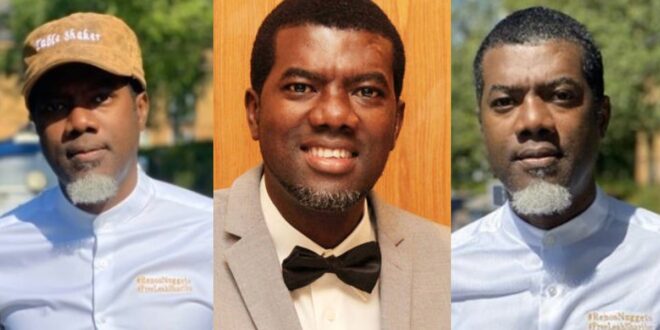 Reno Omokri, a fiery Nigerian lawyer, argues that men who invest on women only because they are dating are idiots.

He believes it is never proper for a man to waste money on a woman he has not yet married because he is in love or generous….an act that can only be defined as utter ignorance.

Reno Omokri, in an Instagram post today, urged men to stop wasting money on women and instead save it to spend on their wives. In a nutshell, don’t waste money on her until you’re married to her.

He expressed himself as follows:

”A foolish man asked me if it is right to take back gifts you gave to your ex. I said he is asking the wrong question. The right question is, should you give expensive gifts to a woman you are neither married or relate yes to? No. Who appointed you like Santa Claus? Prevention is better than cure.

Don’t do it! There is nothing wrong with buying your wife even a diamond-studded phone. But why be so stupid as to buy a girlfriend a phone? The phone that she will use to call her new boyfriend if she dumps you? And if you have the audacity to complain, she can even block you with the phone you bought. Be wise, not nice!”