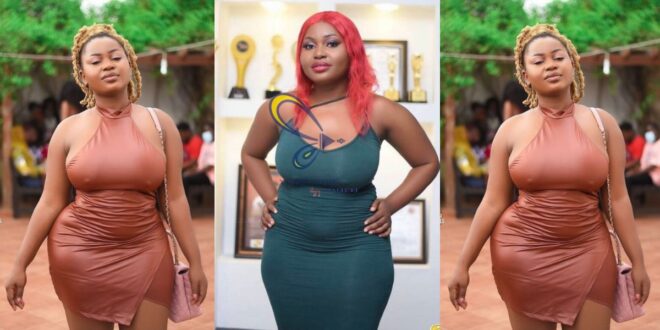 “S£x does not keep a man don’t be f0oled”- Ruby advises ladies.

Ruby, a contestant on TV3’s Date Rush, seems to have discovered one of the many men’s strategies and is advising her fellow ladies on it.

S£x, according to the well-endowed Ghanaian woman, does not keep a man as many women believe.

The love seeker revealed this on her Twitter profile, where she also revealed how she was dumped amid her man’s sex styles.

She said that she had given him a variety of models, including his preference, but that it was not enough for him to stay with her.

“Herh !! After all the s£x I romantically gave you…. And your favourite style…. Advice to my ladies S£x doesn’t keep a man”.

ALSO READ  After saying he hates women who work, see pictures of Kwame A-plus 14 years old daughter who will one day be a housewife.
Share