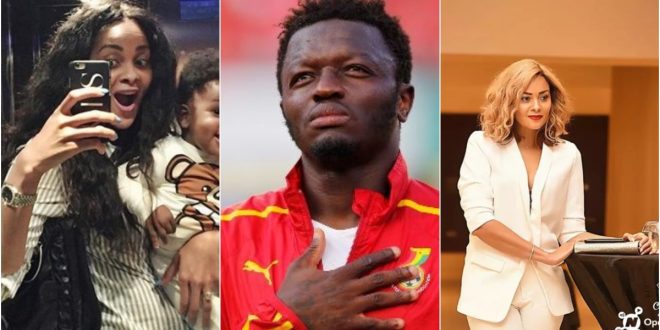 Sulley Muntari Says a world without women Will Be A Mess

Former black stars midfielder Sulley Muntari has aired out the significance of having women in the world as he eulogizes his wife ( Menaya Donkor) and his own mother.

The professional footballer who currently plays for Deportivo de La Coruña – a football club based in Spain – took to ‘Mcbrown’s kitchen’ to shower praises of his wife.

According to Sulley Muntari, his source of comfort anytime things don’t go well with him is Menaya Donkor, his model wife.

“My wife is the best thing to ever happen to me. Sometimes when the match doesn’t go in my favor, I come home and vent and instead of fighting me, she understands me and calms me down. My life would have been a mess without her,” He said.

To clear the air and stress the fact that this attribute he mentioned above is not just shared by his wife but to all women, Sulley Muntari went ahead to reveal how her mother has been supportive to him.

“My mother is the strongest woman I know. She was supportive throughout my career as a footballer and even when I dropped out of school,” he said. “she never discouraged me. She fought hard for me when some football teams wanted me to play for them. I always wanted to play for Kotoko so my mom helped me achieve that dream.” He added.