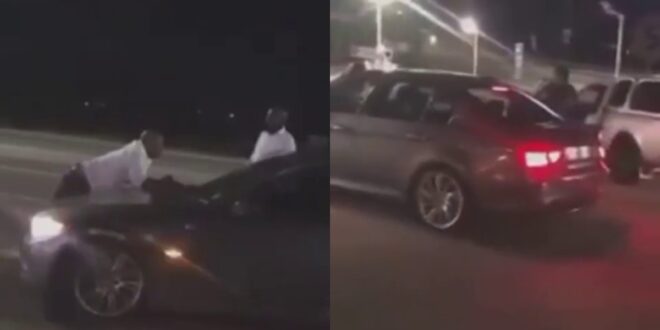 When a sugar daddy demanded retrieving his car from his supposed side chick in full view of the public, it sparked a huge scene.

A video viral on social media portrays the moment this man hopped into a car he had purchased for his side chick and demanded the keys after vehemently forcing the car in motion to come to a halt.

When the guy tried to pull this unfortunate side chick out of the car with brutal force, the scene got much worse.