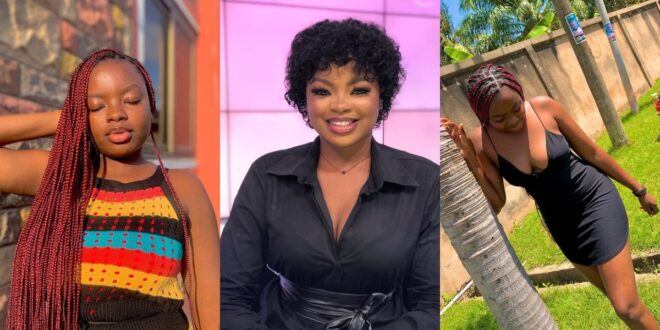 Rose from Date Rush became popular after a video surfaced in which she was seen losing her temper after her boyfriend protested on the Date Rush reunion that she could not board the trotro to his house.

Many Ghanaians have criticized her on social media, with some claiming that she is arrogant and that she feels pompous because she is gorgeous.

If you look at these pictures of Rose, you may see that she is a stunning young lady with a lovely height and a body that any man will lust for.

In certain ways, we can understand why she would not take the commercial trotro, particularly when she is going to see her boo, who most likely made the hor*y call.

If you are going to get chopped and your boyfriend made the decision, hiring an Uber is probably more convenient than using like three separate troskis to get to his place sweaty.