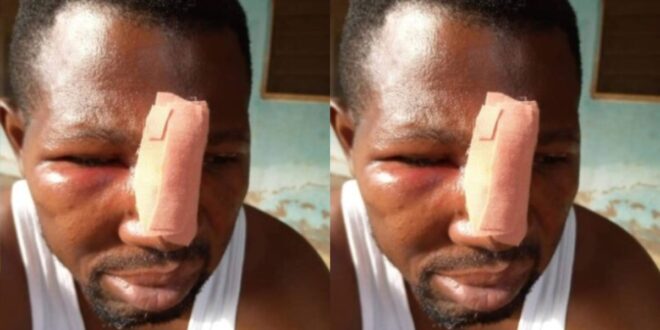 After he disciplined them for not completing their assignments, Kroma Junior High School students in Nungua, a suburb of Accra, ganged up to beat their teacher.
According to the report, after being humiliated by the teacher, a student who was among the sufferers fled home, gathered his gang in the sprinter bus and stormed the school to assault the teacher.

The teacher, known by his coworkers as Mr. Moses Onyameasem, has been saved and he is currently undergoing treatment at the LEKMA hospital where his face has been stitched and others are also taken care of.

As the police had started an inquiry into the matter, the development leaves the administrators with no other choice than to shut the school down for the moment.

Mr. Onyameasem, who teaches at Kroma 2 JHS, is considered to be a really strict teacher, according to our information, and most of the students dislike him for that cause.