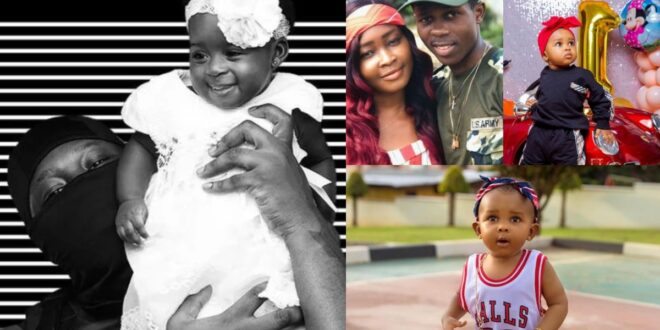 “Strongman’s daughter is more prettier than yours”- Netizens tell Medikal

Following the announcement of his baby girl Island to the world after covering her face after her birth, fans are taping Medikal from left, middle, back and front.

Yesterday, after he made her an album cover for his album, Incredible Grace, Medikal showed off his daughter’s face. Netizens started contrasting the daughter of Strongman to that of the baby of Medikal, so many claimed that the baby of Medikal is not as pretty as Strongman’s.