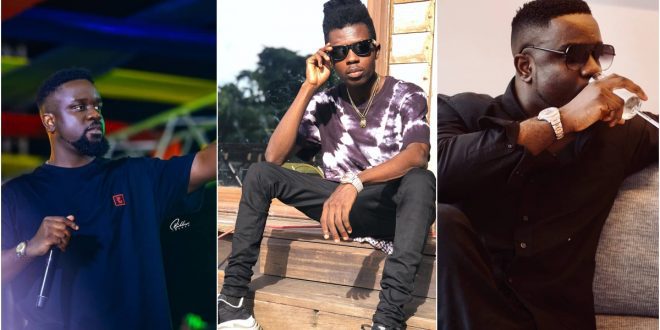 Strongman has always found a very smart way to throw jabs at GH rappers in most of his songs by throwing hard punches that can throw out a weak career.

He returned with a new single called “No Diss,” but ironically, the album is full of trolls, shades, and wisecracks directed constantly at his prominent opponents.

The “No Diss” song has the hip-hop feel with Strongman starting by talking about how strong and unmanageable he is for rap in the Ghana music industry.

His verses were full of jabs for Medikal and Sarkodie likes…

While he found an intelligent way to express his deepest concerns to “whom it might affect.”

below is his rap song;