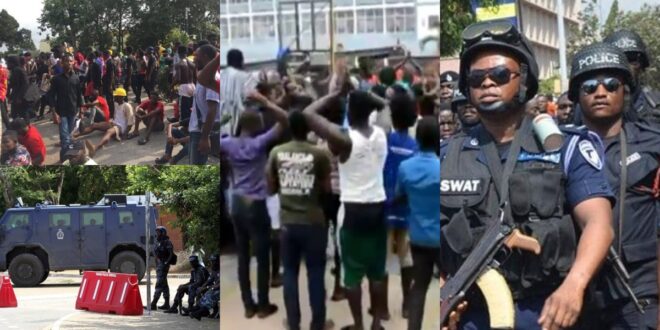 According to the most recent information obtained by our organisation, there was a large police presence on the forecourt of Conti (KNUST) after it was announced that a major battle was taking place.

We don’t know what started the fight, but one student could be heard in the background saying that the number of police officers present doesn’t matter because they’re determined to teach the Katanga boys a lesson.

As the real story unfolds, we’ll keep you updated on the case.