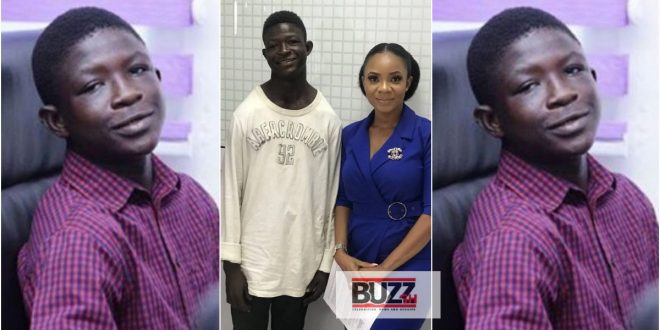 Emmanuel Nii Adom Quaye, aka Strika from the popular Netflix movie the ‘Beast Of No Nation’, has once again made an appearance on the media after controversies that aroused after the movie. This time he spoke about calamities that fell on his path after he starred in the movie.

Strika has been on the media several times after his role in Hollywood movie “Beast Of No Nation”. although he has failed to live up to the standard of his colleagues, (Abraham Attah especially) who recently starred in the Hollywood movie “Tazmanian Devil”, he (Strika) hopes for things to turn in his favor.

Speaking to Nii Boye in an interview on Live FM, Strika tells his struggle, regrets, and aspirations. he talks about being charmed by juju at some point.