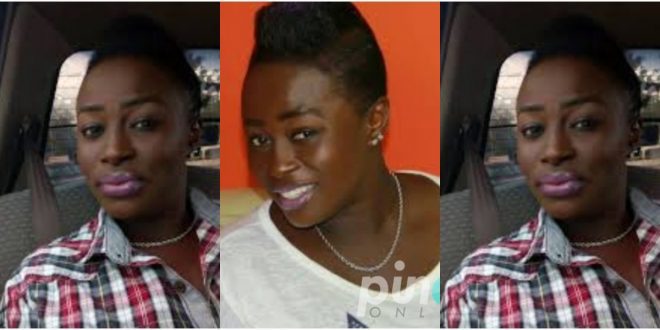 Stop Tagging Me As A “Weed” Smoker – Ama Oduma Odoom

Kumawood actress, Ama Oduma-Odoom has pleaded that people should stop tagging her as a weed smoker as it is ruining her reputation.

Most Ghanaians do not understand the concept of movie production and as soon as one picks up a role that is not cherished in the society in a movie scene, they start to create a notion that you have actually taken to that act.

This is the case of Ama Oduma Odoom who usually is seen in the movie scenes smoking weed with gangs. She has been often tagged as a weed smoker base on such scenes she portrays in her movies.

She has finally opened up on how people perceive her. Speaking in an interview with SeancityGh TV, Ama Oduma explained that she is not as she is seen in movies and pleaded her reputation should be redeemed.

“People have tagged me as a weed smoker. The reason is that they have not understood the movie industry well. The fact that one plays a particular role does not mean that it is the person’s life in a real-life situation. Sometimes, our families hear about some of these stories and they become unhappy thinking it may be true. But the fact is, we’re educating people.” said Ama Oduma Odoom