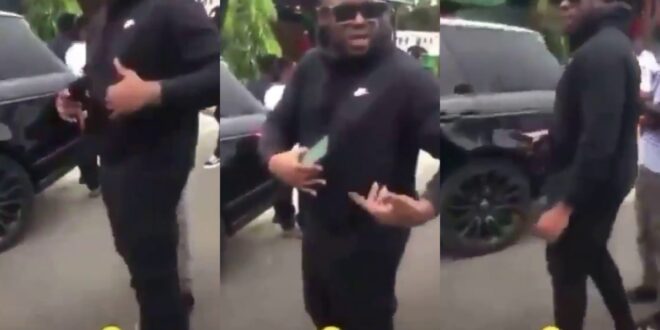 “Stop Begging me for money, you will remain poor if you do”- Medikal advises fan who begged him for money

A piece of life advice was given to a fan who begged rapper Medikal for money, which would certainly change his life for good.

Rapper Medikal urged this fan to avoid calling for support from people if he really wished to make it out of poverty.

You know, fans hold a sort of privilege to their beloved celebrities in this part of our country and do not shy away from openly requesting them for favors.
When Medikal stepped out of his car he was confronted by a fan who publicly asked him for money.

“Stop begging for money always, else you will remain Poor. Go out there, hustle and get your own money,” Medikal told this fan.

At that time, was that piece of advice appropriate or was Medikal showing his stinginess?

Check out the video here: