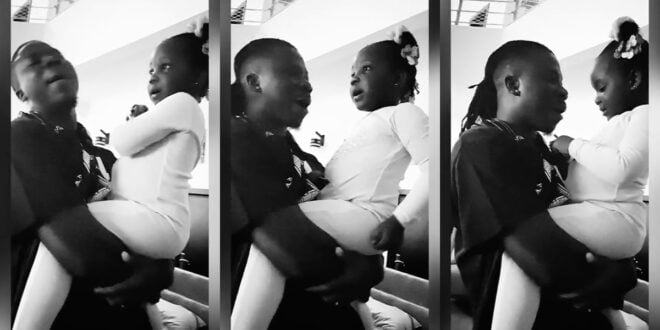 the daughter of Dancehall act Stonebwoy, Jidula set the internet ablaze in her try to speak the native language of her father, Ewe.

In a video shared on Instagram by the 1Gad hitmaker, he was seen attempting to teach Jidula how to pronounce some key phrases in Ewe, but the sound of her speech drove a snigger on social media.

Although some thought she was just a cute kid and in the future will pick up the best way to speak the language, some still felt that Stonebwoy had raised her alone with English, hence her failure to express the language.

ALSO READ  'I am bless to call you my own'- Dr. Louisa tells Stonebwoy