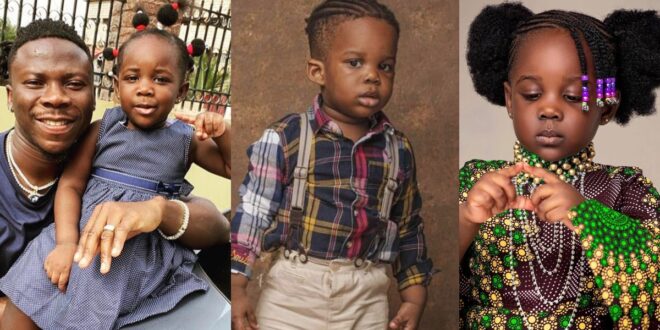 Jidula, Stonebwoy’s daughter, can not get enough of her brother’s good looks, as she can be seen admiring Janam’s good looks in a video.

Jidula can be heard conversing with her mother in the backdrop of the recording.

She was questioned about her brother, with whom she was playing, and Jidula could not give up the chance to laud her brother.

She used the opportunity to heap praises on Janam, who was taken aback by her sister’s words.