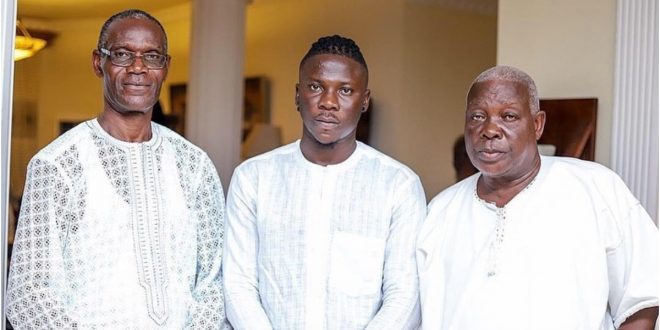 Stonebwoy speaks on what killed his twin brother

Ghanaian dancehall artiste and BET award winner, Livingstone Etse Satekla know in the showbiz as Stonebwoy has finally opened up on the death of his twin brother as he debunks initial rumors that circulated.

appearing on United Showbiz yesterday 27th June 2020, the dance hall artiste revealed that his twin brother did not die out of an accident as initially being circulated.

speaking on the matter, he admitted that he and his family including his late twin once had a severe accident on the motorway on their way back home from Accra on 19/01/2003.

He said a police car somersault from the other side of the motorway and hit their car and that was when he got his leg broken. Stonebwoy said he spent six months on admission to Korle Bu Hospital in the time they had the accident.

failing to spit out the main cause of his brother’s death, he however claimed that the Accident was not the cause of his death.

Stonebwoy talked about his personal life; how he started his musical career and how he met people along his journey. Stonebwoy said he is very grateful to everyone that helped him to where he is now.