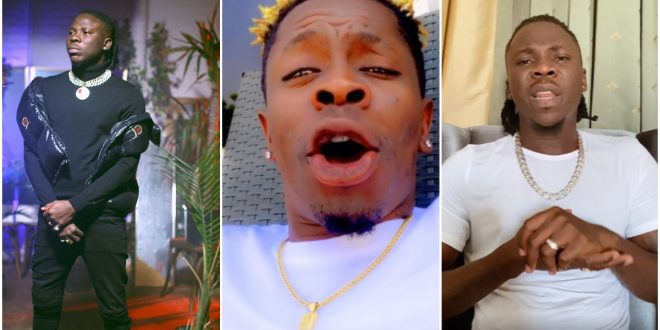 Stonebwoy in trouble for suggesting that SM fans are thieves

Stonebwoy has brought about controversies after reaction to a video circulating on social media of an alleged thief being punished.

the video, which was shared by a twitter user was of a young man caught stealing items in the Teshie area, and as a form of punishment, he was asked to lift heavy meta\ls and squat with them.

Stonebwoy after seeing the video took his eyes beyond the punishment and was able to locate an SM tattoo on the left shoulder of the young man. which he pointed out.

This has made fans around the world to criticize him for “acting foolishly”.

See some of the reactions;