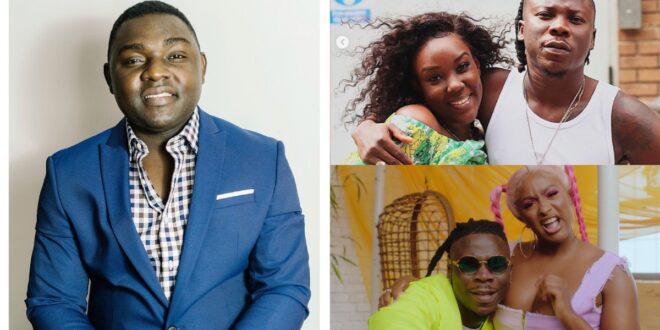 Kelvin Ekoe Baidoo Taylor, a Ghanaian journalist based in the United States, has leveled serious allegations against Stonebwoy.

Stonebwoy was accused of cheating on his wife while in the United States by a pro-NDC journalist.

Kelvin Taylor claims that when he travels to the United States, he sleeps with prostitutes in Maryland.

When he added his voice to the EndSars protest, which took place in another country, he chastised him for not joining the FixTheCountry protest.