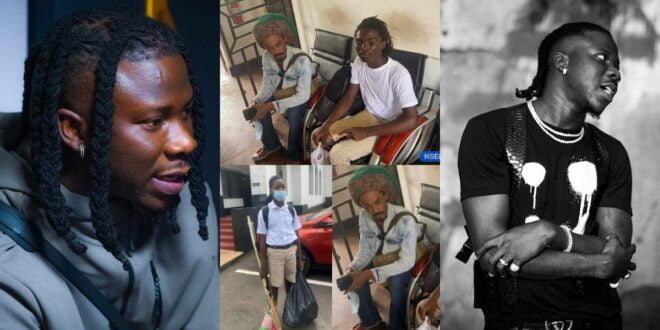 A report is circulating on social media about a Rastafarian father who sent his brilliant Rastafarian son to Achimota school to further his education but was refused admission due to his dreadlocks.

As Ghanaians battle for the rights of the bright boys, this has sparked a slew of questions and remarks.

1 Gad, who wears his hair in dreadlocks at times, has joined forces with Rastafarians to oppose the school’s actions.

Stonebwoy took to Twitter to express his concern about the potential damage that admitting students with Rastafarian hairstyles could cause the school.