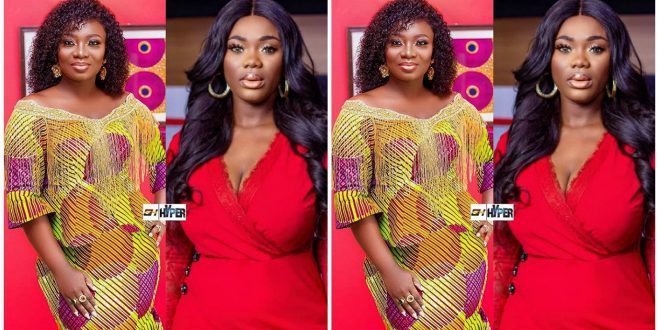 Reports reaching our front desk has it being that, TV personality, Stacy Amoateng is now the new boss of Angel TV as Akua GMB has been sacked by her own husband and owner of Angel TV over being unfaithful.

Some time ago, there were rumors that the marriage between Akua GMB and Dr. Kwaku Oteng was on the edge of breaking up when Akua GMB was caught engaging in extramarital affairs.

The rumor got intense when she shared a post on her Instagram page that says: ” when something no longer makes one happy, it must be ended” which later came out claiming she did not write that but her account was hacked.

Recently, there is a post on Instagram that reports that Stacy Amoateng is now taking over from Akua GMB. according to the post, Akua GMB has been sacked due to infidelity reasons. This also adds up to the other rumors as there has not been any official confirmation.