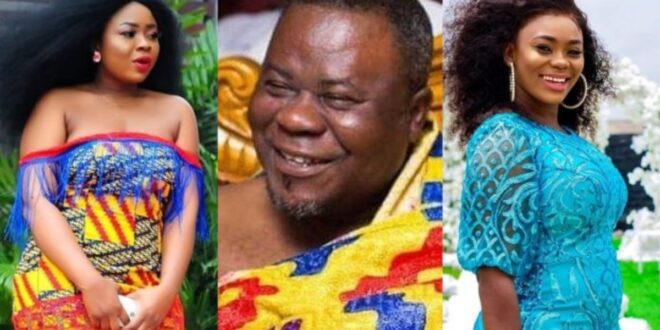 Up and coming media personality Adu Safowaah who is at times alluded to as Dr. Kwaku Oteng’s daughter has made significant accusations against Stacy Amoateng, managing director of Angel Broadcasting Network.

If you recall well, Stacy Amoateng triggered Adu Safowaa’s arrest after some critical allegations in October 2020.

At the moment, Adu Safowaah claimed that Akua GMB’s marriage had reached the rock with Stacy being the key reason when she was formerly overseeing Angel Broadcasting Network.

, Adu Safowaah was still standing by her claims in a recent interview with Fiifi Pratt on Kingdom FM.

She said that the cause why Dr. Kwaku Oteng divorced Akua Amoakowaa was Stacy Amoateng.

She added that a man much wealthier than Dr. Kwaku Oteng had also been found by Akua Amoakowaa and they are dating now.