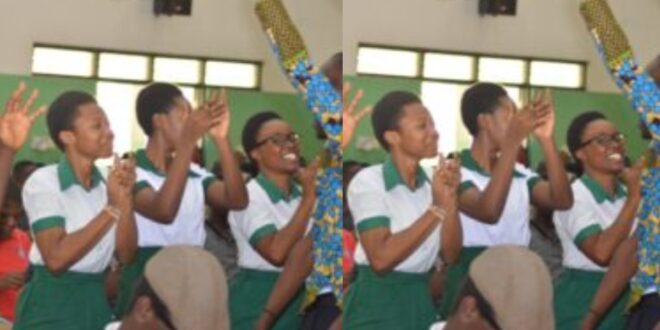 St. Louis JHS girls alleged of being kidnapped found enjoying with their boyfriends

The Ashanti Regional Police Command requested the public to dismiss reports of the disappearance of two girls from St. Louis Junior High School. 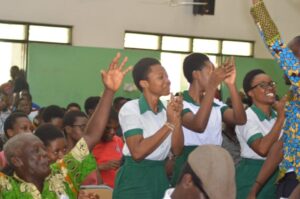 The command claimed that the two girls who could not be tracked back to their parents had been spotted spending time with their boyfriends.

It occurred over the weekend that the police had started looking for the two girls who were said to have been abducted.

One of the girls allegedly told her brother by phone that she had been kidnapped by an unnamed male with others, and that her parents had lodged a formal police complaint.

But in a statement on Monday, 8 February 2021, the police claimed, based on information, that they continued to find the girls at Tafo-Ahenbronum in the presence of their boyfriends.

“Investigation revealed that the girls, on Friday 5th February 2021, left home for school and have since not returned home, apparently they went to visit their boyfriends, Clement Coleman and Nana Kwame at Tafo-Ahenbronum and that they had been staying at that address with their friends since Friday, 5th February 2021.”

The police claimed the girls were helping them search and arrest the boys as well.

ALSO READ  Christiana Awuni Cleans up after mourning and Stuns in a new photo.

below is the statement;

1. The Ashanti Regional Police Command wishes to inform the general public to disregard a case of an alleged kidnapping of two (2) St. Louis Junior High School students in the Ashanti Region, as the matters are different from what the actual cast is about.

2. On Saturday 6th February 2021 at about 10:00 pm the Suame Police received a case of Missing persons from a complainant of Breman —Nkwantwima, on 5th February. his daughter. age 15 years old, left the home to school and has since not returned.

3. Investigation later indicated that the said missing person had cited the brother to inform him that she was at the Embassy Hotel, Suame Kotoko, but pretended it was a kidnapping.

ALSO READ  "I am single and waiting for the right man to come"- Evangelist Diana Asamoah.

4. On 8th February 2021 the Suame Police Divisional Command acting upon intelligence found the girl in the company of another girl (name withheld) also of St. Louis JHS Form-3. Investigation revealed that the girls, on Friday 5th February 2021, left home for school and have since not returned home, apparently, they went to visit their boyfriends, Clement Coleman and Nana Kwame at Tafo-Ahenbronum and that they had been staying at that address with their friends since Friday 5a’ February 2021.

5. The girls are assisting Police to trace and arrest the boys to assist in Investigations.

6. The Ashanti Regional Police Command would like to thank the general public for their cooperation and will like to assure them of our resolve to deal effectively and efficiently with all cases reported to the Police.