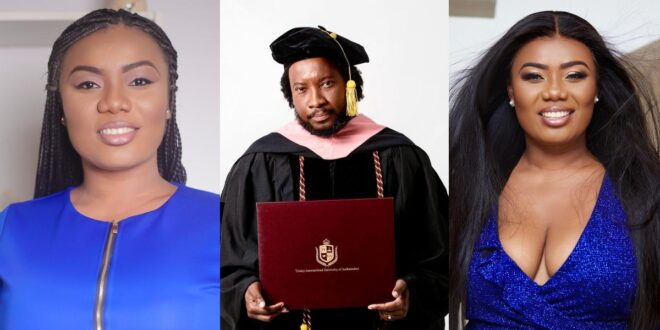 “Sonnie Badu has been fake all this while, it is not today”- Bridget Otoo exposes singer

Bridget Otoo, a Ghanaian journalist, follows Sonnie Badu’s trend by claiming that the PhD holder is a fraud.

Sonnie Badu, a Ghanaian gospel singer based in the United Kingdom, has made today’s headlines on social media since claiming to have earned three degrees in four months.

Sonnie Badu, she claims, has been a fake from the beginning and will continue to be so in the future.

“Happy to bring my own PHD (pull him down). She added.