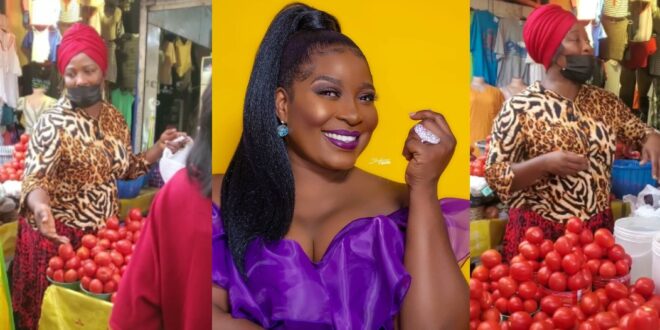 “Some Tomatoes sellers are richer than you think”- Gloria Sarfo reacts to reports that she sell tomatoes.

Gloria Sarfo, a well-known Ghanaian actress, has expressed her displeasure with a Ghanaian blogger who portrayed her as an actress selling tomatoes at Madina market because she was broke.

She claims she is not bankrupt and is baffled as to why Ghanaians have such negative views about her.

In reaction to rumors that she had gone bankrupt, she said that we would be shocked to hear that some tomato vendors are much richer than we can imagine.

People also hwak to cater themselves at the tertiary stage, she said.