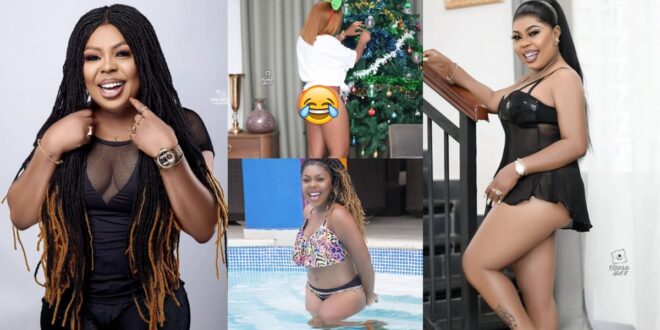 Valentina Nana Agyeiwaa, better known as Afia Schwarzeneggar, is a Ghanaian actress and media personality who was born in the Ashanti Region on February 14, 1982. She’s also a comedian, and she’s always on the lookout for mischief like her other characters.

Afia is a well-liked girl who sometimes cracks jokes and posts them on social media, making her very famous. She would sometimes share hot pictures on herself on IG just to amuse her fans.

Take a look at some of her photos;

ALSO READ  Afia Schwarzenegger hires her son to work as a supervisor in her pure water business.
Share