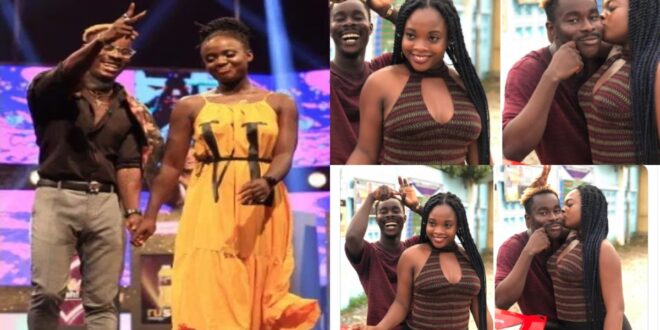 As their images surface online, Solomon, who appeared on Episode 8 of Date Rush season 4, is allegedly dating an unidentified woman.

Solomon, according to sources, appeared on the Date Rush show on TV3 on Sunday, February 28, 2021, pretending to be single after his girlfriend abandoned him for another.

Since being turned down for a job because of his shoe, he became a social media phenomenon.

Solomon, according to one tweep, Qkwaekuh Richard, is nothing more than a play boy.

He claimed Solomon has a girlfriend with whom he has been reportedly chopping, but even that he appeared on Date Rush to pursue love.