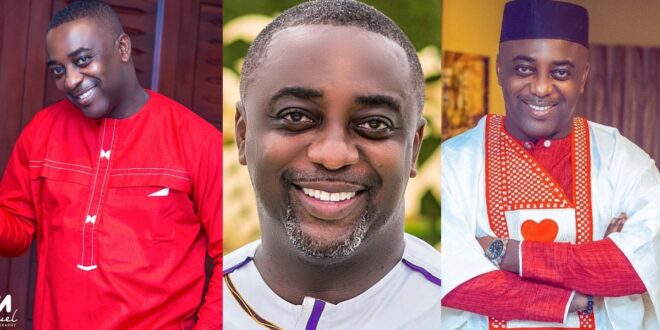 People on social media have taken on veteran actor Ekow Smith Asante after he claimed in a recent interview that social media is riskier than Jesus Christ.

Although several people blamed him for the remark he made, some believe he made a mistake during the pre-recorded interview.

Nkosuohene, a Ghanaian television personality based in Germany, interviewed Ekow Smith on his celebrity talk show to address the business and the negative impact of social media on the youth.

However, in response to the issue of whether social media has a negative impact on teenagers, Ekow Smith Asante responded quickly:

Social media users and some of his co-stars chose the part where he messed up and trolled him mercilessly.

Prince David Osei trolled: “I am sure he met Satan,”.