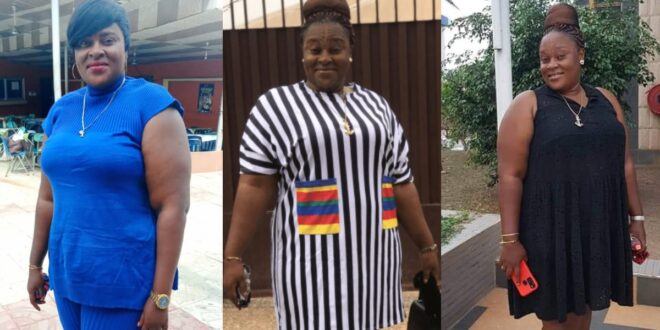 This story about actress Awo Yaa being a drunkard overnight is a crucial example of how juju, black magic, or muti works in our movie industry, particularly Kumawood.

Awo Yaa revealed to Oman Channel that she used to drink alcohol only for the love of it, and that it was because of this that people who wanted to kill her came after her.

She revealed this to Theophilus Annan, the show is host who has also worked in the acting industry that;

“It was normal that we will go out sometimes and drink a little bit but it got to a time a was drinking a lot. As early as 5:30 in the morning I would feel like drinking and I was thinking I was being funky and having fun. But the people around me started seeing it was not normal. I remember you once told me it is not normal for a woman to be drinking the way I was drinking,”

She went on to explain how her drinking habit had changed her life and career, saying;

“I am someone who is very hyper so when the alcohol became a part of me, I was left with a temper. I was so temperamental and people knew that I was not tolerant of cheating so even if an issue was not about me, I will end up fighting. It started affecting my work with people saying as for Awo Yaa if you bring her to your set, she will drink and mess things up.”

Everyone around her advised her to get assistance, and it was in her attempt to find a solution to her alcohol habit that she discovered it was brought about by people in the movie industry.

ALSO READ  "Big men in the country are worrying me with sex"- Wendy shay.

Awo Yaa told Theophilus that she went to several pastors who tried to extort money from her but could not save her. According to her, though some well-known pastors were unable to assist her, a lesser-known pastor somewhere in Kumasi assisted her in quitting alcohol.