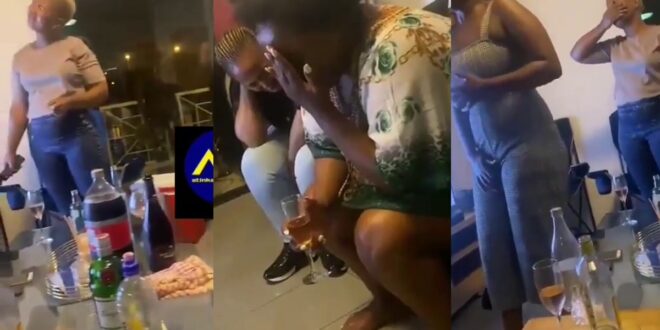 A fascinating video has appeared online, and no matter how you look at it, Christians will be able to attribute the phenomena to God’s function and expression of his influence.
When celebrating at one of their friends’ homes, a group of slay queens began praying in tongues, effectively turning the room into a chapel. That’s right—just like that!

As one would expect, religious zealots have argued that this once-in-a-lifetime phenomenon is the creation of God. We don’t have any explanations to suggest, but we think that after seeing the video, you’ll come to your own conclusions.