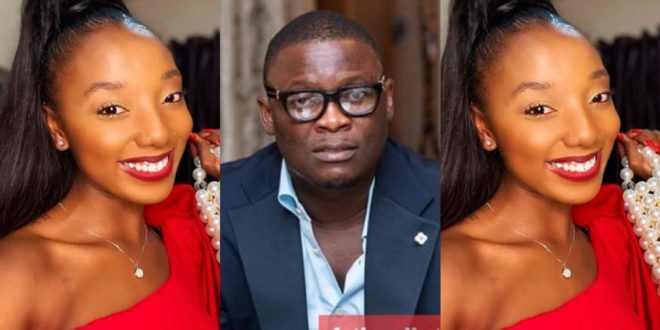 Slay Queen Exposed of Trying to Blackmail Richman with Rape

A snapchat slay queen identified as Nyamewaa has accused a popular Richman, Jeffrey ‘Too Much Money‘ Aseda of rapping her. However, Jeff has come out to denied and has given full detail of their encounter.

The whole story emerged on Social media about two weeks ago. Nyamewaa claimed the Richman raped her on July 10, 2020 but decided to air it now through a friend.

This friend of the purported victim, Dulcie Boateng shared the story on Instagram and called ‘Too Much Money’ a serial rapist who thought he could have his way with any woman because of his wealth.

However, the issue is in the hand of the police at the moment and still undergoing investigations.

According to ‘Too Much Money‘, while speaking with Ghpage TV, prior to their intimacy, he had hosted a birthday party for her and some other girls because they couldn’t afford it. He went on to revealed that they( he and Nyamewaa) got intimate after he promised to her an iPhone 11 pro which he provided afterwards.

On what led to the rape allegations, Jeff revealed that after there relation, the slay queen demanded sumptuous money to start a shop at Madina but rather gave her Ghc2000.00 for transportation.

According to Jeff, Nyamewaa started spreading falsehood about him when she realized he had bought a new car for his girlfriend and was avoiding her and also was not going to give in to her demands.

Jeff who is willing to go extra mile to remove the defamatory tag on him revealed he has had taken the case on as his lawyer had written a petition to the Police, reporting Nyamewaa for extortion but for the intervention of his former boss and the slay queen’s baby daddy who pleaded it should be solved amicably.