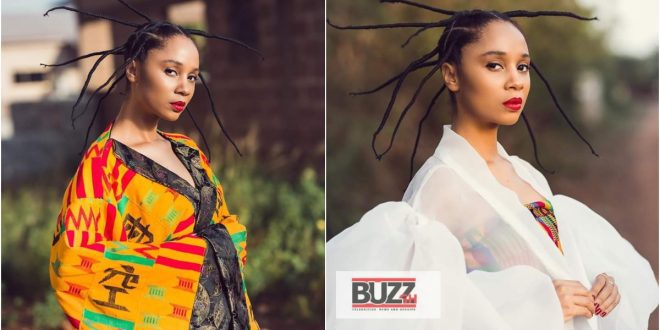 The Ghanaian songstress and ex- of AMG Medikal, Deborah Owusu-Bonsu aka Sister Derby has caused a stir on social media today, which is the African Union day with stunning photos she shared on social media.

Sister Derby was born to an Ashanti father and a Romanian mother the reason for her half-cast colour. She came to wider attention when she released her ‘uncle Obama’ track back in 2012. She was in a relationship wit Medikal for 3 years but broke up in 2018.

Sister Derby this time proves she is as beautiful as the mermaid they call her with the new photos she took clad in nice Ghana’s Kente cloth, without makeup and also with a natural hairstyle (the signature of Mzvee).

Check out the pictures below: