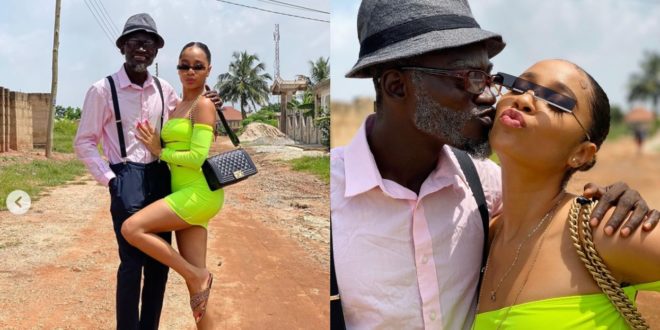 Kwadwo Nkansah Lil win and sister Derby has taken to social media to give Ghanaians something to talk about after sharing a love up photo of themselves.

In one of the picture which is trending on Instagram, the comic actor was captured kissing the African mermaid and as it stands now we do not know the kind of relationship they share.

However, it appears the songstress is featuring in a yet to released series with Lil win and the below pictures were shot on set since the actor was hilariously dressed.

Sister Derby who first shared the picture on her page captioned: ” It’s Cocoa season in Kumerica” and it shows they shot the pictures in Kumasi.

See the pictures below: