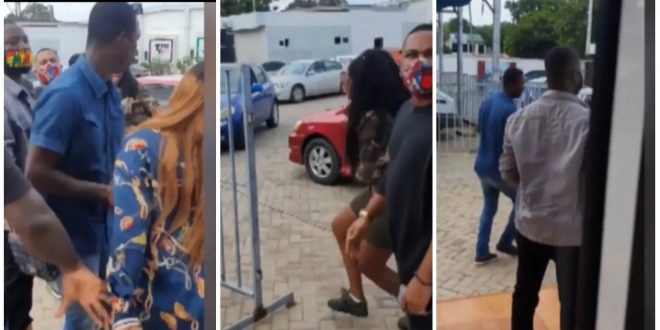 A clear video of Sister Afia’s clash with her beef mate Freda Rhymz has sister Afia threatening to slap a TV3 security officer.

The two( Sister Afia and Freda Rhymz ) have recently been throwing verbal pounces at each other following the beef between them. This time they turn their beef from lyrical to physical, when they met at TV3 premises.

At TV3 premises yesterday, Sista Afia tried beating the hell out of Freda Rhymz but was stopped by a few people who were around from causing more harm to her brand and that of Freda.

Clearer footage had her threatening to slap a mature security officer believed to be the age of her father for trying to stop her from fighting. Although she said that out of anger, many socialites believed she was a bit rude.