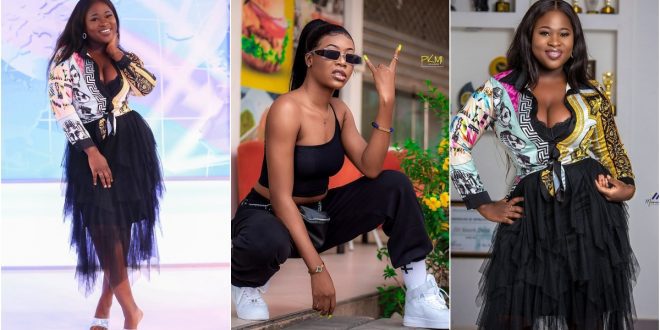 The Ghanaian songstress,  Sista Afia has finally apologized to Freda Rhymz on their beef and her recent attack on her at the TV3 premises.

Both Sister Afia and Freda Rhymz were guests yesterday at the UTV’s United showbiz hosted by Nana Ama Mcbrown. At the live show, issues regarding their beef were discussed and it nearly ended up in a more tensed cofusion between the two but for Sister Afia who did apologize to Freda Rhymz at the end of the show. something worth emulating.

Sista Afia said no matter what happened between them she loves Freda. she added that she doesn’t want to go back and forth again with Freda Rhymz and also don’t want to see herself being angry on TV.

Freda Rhymz, on the other hand, said she has accepted Sista Afia’s apology and justified that she didn’t initiate any attack, but she (Sista Afia) was the one who attacked her first. though it was expected of her to also say sorry to Sister Afia.