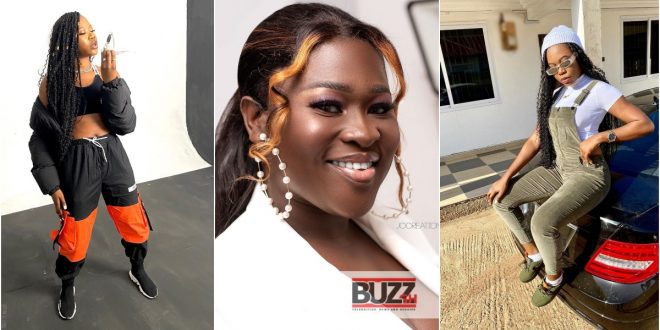 Sista Afia: “I will give Freda Rhymz a free verse if only…”

Finally, The beef between the two Ghanaian female musicians Sista Afia and Freda Rhymz is over as they settled their differences on United Showbiz of UTV leading to Sista Afia apologizing to Freda Rhymz.

Sista Afia has responded to the Fans and according to her she is willing to only on one condition which is Freda humbling herself. “I’ll give a free verse anytime she links up. she should just humble herself when coming to me” – Sista Afia twitted in reply.

The beef between Sister Afia And Freda Rhymz started when Freda replied to the ‘WMT’ track of Sister Afia even though she was not the one the song was dedicated to. Their beef got worse at a point that Freda Rhymz in her reply diss song to Sista Afia went too raw on her saying all sorts of things against her, which were false anyway.

This led to lyrical battle between the two which later nearly ended up in a physical fight if not for people present at the TV3 premises.